March, enfeebled, limps to its grave—for some of us, not a snowflake too soon. I’ve been digging through medieval sources in search of poetry that expresses frustration with overdue spring, but the poets of the early Middle Ages apparently didn’t see much promise in that complaint. They hailed the coming of spring, but they knew that the seasons advanced and retreated with little regard for our whims.

That said, I did take a fresh look at “The Debate Between Spring and Winter,” a derivative bit of Vergilian pastoralism attributed to Alcuin, the eighth-century abbot of Tours and one of Charlemagne’s most influential advisers. At a gathering of shepherds on a sunny spring day, the personifications of cheerful Spring and misanthropic Winter snipe at each other—until two shepherds, young Daphnis and old Palaemon, decide they’ve had enough:

Here it is, rendered into alliterative, Anglo-Saxon-style half-lines that Alcuin might have recognized, though he’d disavow the diction:

Zip it, Winter, you wasteful shit,
And hey, cuckoo! Come be the shepherd’s
Number-one pal. Let’s popcorn the hillsides
With giddy seeds and grazing sheep!
Let’s find us fields fit for siestas!
Let the bone-weary dream under drooping green leaves
While queued at the pail, the pap-swollen goats
Just beg us to milk them. Let all beaks warble
Their mashed-up salvēs to sunny Phoebus!
Faster, cuckoo, flap thy ass hither!
Luv, you’re the greatest guest of ’em all
And everyone’s waiting, Earth, Sea, and Sky,
So welcome, sweet cuckoo-grace! Welcome forever!

That’s hardly a translation for the ages, but its restlessness is sincere, and it’s the poetic equivalent of something else I did today: scrape the snow from an exhausted garden, hoping to find that something green was budding underneath. 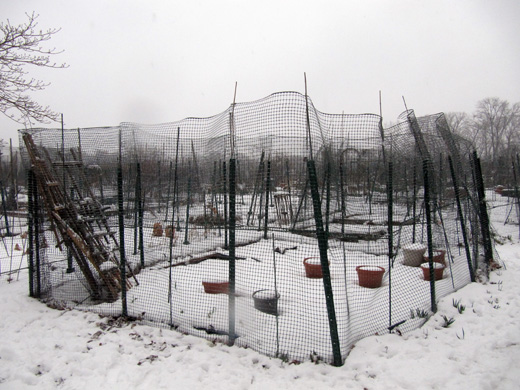