[This is the tenth part of a yearlong poem about moving from the city to the country. Inspired by ancient and medieval calendar poems, it appears here as I write it, in monthly installments. First read the prologue and then September, October, November, December, January, February, and March, and April. To read later entries in this series after they’re posted, click the “Beallsville Calendar” subject tag.]

What rose with a shudder and shook into being
The ninth month enjoins with monotonous song,
The thrum of gutters, glutted and burbling.
When inklings of light on an infinite river
Of roiling blackness writhe at sundown,
We hail the sight of the Sated Snake.
Astrologers say he could stretch his existence
To scale the wall of the sky to its zenith
And slither through windows to worlds unimagined,
If such were his will. But this wyrm is as fixed
As a fallen branch. He bides his time.
When haze obscures him, when the hissing downpour
Soaks through the bramble and saturates toad-holes,
His waiting ends: whole worlds come to him.

It rains for weeks. Weary farmers
Peer from windows with pursed resolve.
The trees turn blue; bugs fall silent;
The flowers starve for a stick’s-width of light.
In purple sunsets, we poke through the murk
And take stock of our grove. We gather herbs,
Frilly lavender, lemon balm, parsley,
Rosemary, chamomile, oregano, dill,
And quaking fennel, the favorite of kings,
Bounded by marigolds, baubles of daylight,
And drop their roots into damp little folds.
I carve out holes for honey-cup vines,
Twine-lined bundles of tangled runners,
And part them with care; you pick up sticks
And stomp through the muck in your sticky boots
Like a stuffed blue bear over bedsheet hills.
From the bug-caked mud, monsters rumble
And rise in a flurry to flap through the bramble
On graceless spindles and gawky necks.
Like lost inspiration from long-ago songs,
We hear them whisper: he will bite you,
He will bite you—then birds come to order,
Hatching on branches like bubbles of rain,
The blunt little phoebe, fly-gorging, squeaking
Imperious peeps from its pole-top domain.
The night-black grackle gawks from the branch-post,
Its gilt-tinged eyeballs agog like the sunshine
We wait to receive. The wind brings only
A seed-hungry bunting, as blue as the gloom.
When the rain does relent, and the dark wings part
For a few bright minutes, we fiddle with slingshots
And rev up the tractor. Toads fly in horror.
We roar through the weed-fields and raze them at last.

When the drenching ends, as all things must,
The brittle farmlands bow to the grumble
Of wobbling green trailers and whirling blades.
The hay-bales fall like formal poems,
Stanza by stanza, studies in concord,
Pleas for order in the endless distress
Of unquenchable life.

Look in the garden.
It seems that some creature got sick in the dirt.
But see how it moves? No moss or fungus
Explodes overnight, like a nova, then rolls
Through the cool of the morning. Look closer. It pulses.
The sick is the creature. It creeps as it feeds
Over wet, weedy mulch, just one oozing cell,
Massive and vital, with millions of nuclei
Dancing in union, but destined to crumble.
The dirt awaits the wealth they commit
To the worm and the world in wild indifference.

But nothing here dies over nothing at all,
For nothing is nothing. I know what I hear:
A minute to midnight, the mad windfall
Of giggles and whispers, a wisp in the moonlight
That slips through the flowers and flits up the rail
To its perch on the porch-roof, where it passes the night
With such delicate breaths that I doubt it was real.
When you come home, you’ll hear it too:
The whip-lash crack of a cricket-bone goad,
The wheels with spokes of spinners’ legs
Entangled in elf-locks, and out of your mind
Comes a burst, like the swifts that blow from the chimney
And soar over currents on scythe-like wing,
Never suspecting they nest at our whim:
It’s easy out here to feel utterly trifling,
A blade on the edge of an infinite plain.
But nothing is nothing; you know what you mean
When a hummingbird sees you. His sees what you’re doing
And knows who you are, not the name others gave you
Or novels you read, but the role you fulfill
In his fidgety soul, the father of nectar
And giver of zing. So go to the window
And listen till dawn for a laugh from the roof.
It may be that fiends, in their mocking at twilight,
Admit that you matter. And maybe we stay
In this marvelous place at their pleasure and whim.
Maybe they stay at ours. Maybe everything matters,
But we’re never the thing we think we are
And always the witness that others demand.
So tell them the tale of the toad in the flood
When his pond and perpetual downpour were one,
How the whole of the world fell to him alone,
And how he wept, and then willingly leapt
In the maw of the serpent, to see what comes next. 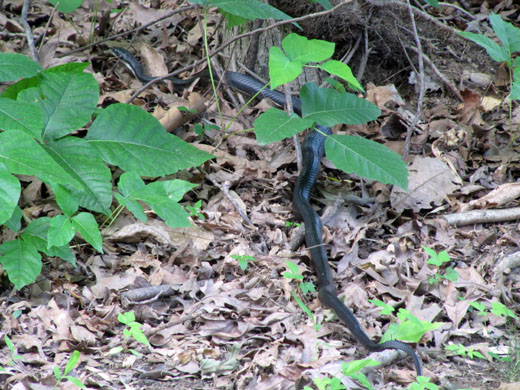 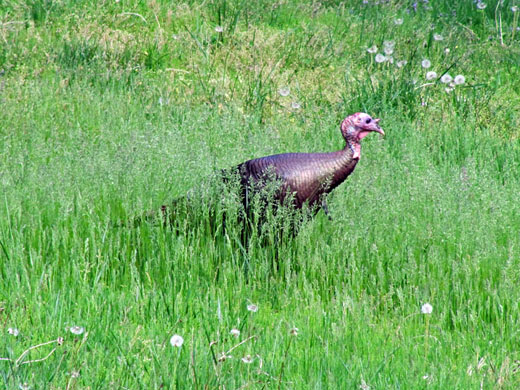