I don’t know how 2017 dwindled into twilight so quickly—but when I look back, I’m pleased by the blog-year I had. Here are the highlights, a savory literary chowder that combines a hearty base of medievalism and a dollop of poetry with a rare pinch of the personal.

While hiking the entire Appalachian Trail in Maryland, I stumbled over medievalism first at the home of a forgotten poet, then in the Gothic chapel of a widow with a penchant for ghost stories, and finally in the philosophy of the father of the Appalachian Trail itself.

I also found medievalism at the federal cemetery at Antietam, where a charming little castle may have been meant to send a message to the conquered South.

The teacher in my household helped me see that the end of Huckleberry Finn makes sense when you understand Twain’s hatred of Southern romanticism.

Scholars made obvious points about medievalism and race this year, but they’re missing the subtler stories, like the six-decade history of Harriet Tubman being likened to Joan of Arc.

What do “Game of Thrones” and ISIS have in common? According to one feminist scholar, weirdly similar assumptions about “historical authenticity” and violence. Speaking of which, let’s keep an eye on the intertwining of medievalism and nationalism in Turkey.

I was happy to praise To the House of the Sun, Tim Miller’s vast and prophetic epic poem about the Civil War. The book is a wild, quirky, humane masterpiece inspired by the world’s great religious and literary texts, and it’s perfect for readers of poetry whose tastes run transcendent and strange.

While celebrating ten years of blogging, I published a book of medieval-inspired alliterative verse about moving from the city to the country—and people bought it. (You can too; just send me an email.)

What do we do with the unrepeatable adventures of the past? If we’re smart, we aim our memories toward the future.

Another blogger turned profound loss into a lesson and gift for the rest of us.

I remembered a professor who told me to “study something lasting.” And so I have.

I wrote myself a note of gratitude for moving to a place with a sense of a community, a reminder that in dubious times, we all still need each other.

As always, thanks for visiting in 2017, no matter what brought you here, whether you left a comment, and wherever you wandered to next. I’ll keep writing in 2018; for now, here’s to a season of prosperity and peace. 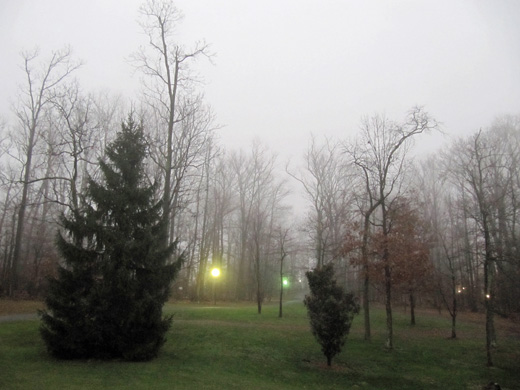 7 thoughts on ““Joyful as the silver planets run…””