[This is the third part of a yearlong poem about moving from the city to the country. I’m posting it as I write it, in monthly installments; first read the prologue and then September. To read later entries in this series after they’re posted, click the “Beallsville Calendar” subject tag.]

In our world grown old, we waited too long
To hallow the dead; here we entrust them
With the second-most month, when the moon in its socket
Spins thin and white, like a thumbworn coin
From an overturned jar. Then all the heavens
Await the life of a world to come
In a bowed constellation, the Lady of Graves.
In thirty-five stars, stern but gracious,
She calms the night. Its creatures laud her:
The eyeless, the preyed-on, creep in from the dark.
Below, she prepares finer places for them
When their wound-up casings wobble and seize.
The bat sloughs off its brittle wings;
The shivering vole earns a shadow of peace
In a dry, quiet corner; a cat slinks near
With raw offerings of her own to bestow.
The Lady kneels. With loving precision
She frees their souls, saving the bones
To frame and trace a future creation.
The wise use words the same way, even here.

The morning unveils a vast exhaustion.
The fields are a burlap of beige and gray,
Fiery sorghum deflates and sags
And whole orchards shudder, shedding their bloat
With plain impatience; pears and apples
Heap up under the aching trunks.
The forest cracks—we flinch. Acorns
Sizzling like meteors melt in the earth.
On weird afternoons, warmer breezes
Buffet the siding; bursts of summer
Toy with the longings of tinier lives.
Like thick, wet sand thrown in a bucket,
Clumps of ladybirds cling to the screens.
Stinkbugs teeter on the tabletop ledge.
Pendulous wasps whirl round the gutters
And sputter to buttress their barrows of dust.
Flung from the treetops yet fixed on one point,
The living sticks look for parallels
On brown-edged doors. Where a dead one falls,
Another mounts it. We have no way to ask
If it mates in obtuseness, or mourns it and knows.

We could rue a month of mottled flesh,
Dolorous blisters, a daybreak stumble
And strange, sharp cries on the stairway landing.
A luckless toad, twisted and gnawed,
Sprawls at the threshold; the thing that brought it
Took back the offering, all but a pulp
Of mangled sacrum and sawtooth legs.
But in the midst of all endings, past immense fallows
And ashen fields, we find a place
Of open hope: the whole country
Is green, flashing with the flickering wisps
Of saplings pinned in perfect rows,
Like stunted pillars in the plan of an abbey
Too sacred to build, or a burgeoning corps
Of unshakable saints. We saw them gather
First with a sense of unsettling grace
And then with laughter, relieved and free.
When we returned to collect the lonely bones
That fell at our door, we found only
A puddle of rain. They had raised their own weight
On fleshless legs and loped away.

In the sky, soot-winged scavengers wheel
And leer like imps. Let them grovel;
The corpses we plant in these perishing weeks
Will bloom into gardens. What they grow to become
Is no more clear than the question we pose
To waiting children—“and what are you
Supposed to be?”—but the purpose now
Is to give no heed to the grave temptation
Of the second month, to summon the phantoms
Of forgotten times and pretend they were dying
To see how you’ve done. Save the prayer;
They vex us anyway all through the year.
Turn them backward with taproots gouged
Into shameless grins; let grisly lanterns
Reflect a life of lighter spirits
And look past the woods: love provided
A ghost in the window to guide you home. 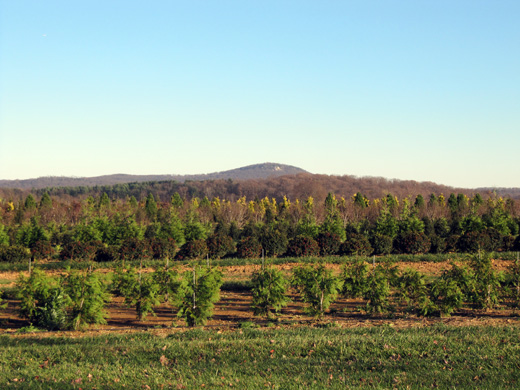 Robert E. Howard was supernaturally prolific. In just 12 years, he dreamed up Conan the Barbarian while cranking out millions of words for pulp magazines—not only sword-and-sorcery stories but also horror yarns, cowboy tales, historical fiction, boxing stories, and hundreds of poems, all from his childhood bedroom. The brawny Texan killed himself at 30, so he never knew the shadow he cast across popular culture: both co-creators of Dungeons & Dragons cited him as an influence; his work continues to inspire novels, comics, and movies; and fans still embrace his unrepentant manliness.

Atop this ever-growing hoard of Howardiana, Marly Youmans places Maze of Blood, a novel that’s many things Howard wasn’t—quiet, patient, meditative—even as it celebrates his humanity by treating the pulp writer as an artist in his own right. (Disclosure: After I reviewed Marly Youmans’ book Thaliad on this blog in 2013, she and I became Facebook friends and occasional correspondents.) Youmans draws on sources well-known to Howard’s fans—a memoir by his girlfriend and an engaging 2007 biography—to create a new character in Conall Weaver: the son of a country doctor and a clingy mother, a perpetual dreamer of his own past lives, a successful writer whose neighbors see only an indolent oddball.

Howard wouldn’t have liked Maze of Blood; the novel is propelled not by a straightforward plot or by swashbuckling action but by subtle, non-linear vignettes that gently peel away the layers of Conall Weaver’s mind. Still, Youmans does Howard justice, taking him more seriously than many people close to him ever did. When Conall’s girlfriend wonders “why a tale has to have so much thrashing about in it . . . as though a story were a Mexican jumping bean, and inside is some horrible larval thing that’s trying to get out,” Youmans portrays their clash as the latest failed connection in a fervent life:

“But hardly anybody ever stumbles on a buried city or a labyrinth. Nobody ever finds magical snakes sneaking through the ground. Nobody ever tries to steal somebody’s soul.”

“Oh, I don’t know. It seems to me like rattlesnakes are always magically underfoot in Texas. And I don’t know about you, but these gourd-headed people are always sneaking around, trying to find and steal my soul. They want to bottle it up somehow, so that I can’t get out. And labyrinths? Labyrinths are funny places. A job at the five-and-dime can mean being shut up in a too-symmetrical labyrinth, needing to find a way out. A family tree can look like a drawing of a maze, all disorderly and full of dead ends and hushed-up horrors. Even a prairie or a desert can be a labyrinth, if you look at it right. Lots of people are caught in one and can’t find their way out, or don’t like the only path out. Maybe I’m one of those people.”

Maybelline made a gesture as if throwing off unrealistic dilemmas.

Maze of Blood is an implicit defense of fantasy. The escapism it inspires isn’t frivolous; it’s rooted in the true lives—the true needs—of writers and readers alike.

What I appreciate most about Maze of Blood is that Marly Youmans doesn’t treat the troubled writer as a testosterone-addled buffoon, nor does she let his strange, fierce attachment to his mother overshadow his complex inner life. Instead, she’s sensitive to the possibility that he’s a kindred spirit in the arts, an inspired storyteller stuck in the absolutely wrong place and unable, emotionally or intellectually, to escape. But what if Howard/Weaver had managed to ramble far beyond his tiny Texas town? Maze of Blood suggests that his frustration was necessary: it fueled the passion that excited his readers and earned him a most peculiar renown. The whole wide world might never have lived up to the deeds of the hairy-chested warriors in the gleaming Valhalla of his mind.

That conflict—living in two worlds, but feeling unwelcome in one and detached from the other—is central to Youmans’ understanding of who Conall Weaver actually is:

His own townspeople would have asked in astonishment and offense, “When did we fail to laud you? When did we ignore and scorn your prophecies? When did we forget to make a wreath of laurel and place it on your head?” They might have laughed, reeling back and forth, slapping their thighs at the idea that Doc’s punkinheaded boy expected even the least acknowledgement of his poems and stories—as though those high-colored, feverish dreams could find a place among farmers and shopkeepers, oilmen and cowboys.

“Listen to this,” one might have said, picking up a poem: “Condemned like Lucifer to rage and fall, / These poems spark like shooting stars / That plumb the pitched infinities of all / That can appall the heart, or else enthrall / The soul with tales that close in grief and scars, / For wars and Venus both belong to Mars.”

“No dark infinities around these parts,” another would reply. If they saw him, one might call out, “Hey, Sparky, set any stars on fire lately?”

Perhaps it was best that nobody knew…

Haunted by doubt, Conall reels from the disparity between his real life and his virtual existence; he is both doomed to failure and destined for fame. Getting past the well-known irony of Robert E. Howard’s life, Marly Youmans takes an uncommonly humane approach, uniting both halves of the pulp-fiction legend to show how dissatisfaction and heartbreak inevitably get tangled up in artistry.

Although I’ve never been overly keen on Howard’s yarns, I do have a soft spot for his poetry—he earned a place on my fantasy and science-fiction syllabus in 2009—and his pointlessly abrupt death unnerves me. I suppose writers or artists whose loved ones don’t quite understand the things they create or why they create them all feel the hammer of Howardian doubt inside their own skulls. “No one could make him hold fast to a hope for a long life of stories and books and family,” Youmans writes. “No one could make him believe that the future of a young man named Conall Weaver was worth the living.” Behind that plain resignation is a swirl of cosmic inspiration, mental illness, and accidents of fate, where an artist is called to be too many things: a curse, a blessing, and a warning to the rest of us.

November 2011: a review of The Collected Poetry of Robert E. Howard, “the poet laureate of restless boys.”

UPDATE (11/18/2015): Howard biographer Mark Finn gives a thumbs-up to Maze of Blood, and Marly Youmans explains in a blog comment what drew her to the subject.