On a cold, sunny day last November, I tromped along the Potomac and decided, on a whim, to hike the Appalachian Trail in Maryland. Over several hikes, sometimes with loved ones but often alone, I covered all of its 40-odd miles, rambling north from the canal towpath by the river along the wooded ridge of South Mountain, and finally—yesterday!—trudging into Pen Mar, Pennsylvania, my own ersatz Compostella. Although I foresaw the hours of chilly silence, the protesting soles, the glimpses of deer tails fleeing like ghosts through the brush, I hadn’t expected to stumble onto a medievalist monument by a forgotten poet or a Gothic chapel emerging from medieval shadows—and I certainly didn’t imagine that the Appalachian Trail itself was built upon a mixed medieval metaphor.

“As Roman civilization received ultimately its cleansing invasion from the hinterland, so American civilization may yet receive its modern counterpart.” So wrote Benton MacKaye in “Outdoor Culture—the Philosophy of Through Trails,” his 1927 address to the New England Trail Conference in Boston (republished in the 1950 collection From Geography to Geotechnics). A Harvard-trained forester with excessive faith in central planning, the eccentric MacKaye dreamed up the Appalachian Trail but left it largely to others to build. He wasn’t always thrilled with the result—he wanted a wilderness retreat, where others were happy to settle for an unbroken path—but over time, he imagined that the A.T. held increasingly profound philosophical significance. What began as a place for public recreation became, in MacKaye’s mind, a long, winding pathway toward social reform.

First, though, MacKaye had to reveal his idea, like an oracle, through metaphors and riddles. Early in his 1927 speech, he deploys the first of two medievalist images:

I once saw Douglas Fairbanks in the photoplay Robin Hood. The hero climbs the proverbial tower; with one arm he catches the beautiful lady as she jumps to elude the bad man’s attentions; with the other he continues climbing, then deftly annihilating Mr. Bad Man, he receives embraces nobly won. It was a glorious show. Intensely I imbibed it from start to finish, transferring my personality totally and thoroughly into Douglas’s rugged body. For fifty cents I had been a hero for twice as many minutes. I left the theatre victorious, vicarious, and with my money’s worth. Into this vivid little Utopia I had made my “get-away” from the humdrum of ordinary prosy life.

Here, then, are the two brands: the Utopia of creative thought, and the Utopia of effortless escape; the pipe dream of a Magellan, and that of a movie-fan; the real and the vicarious; the active and the imbibing. Which in the long run is the most fun?

Which would you rather be—a makebelieve Robin Hood, or a real (though diminutive) Magellan? We can be the first for fifty cents; what are the chances for becoming the second?

Like many before and since, MacKaye recognizes that the Middle Ages offer easy escapism, but he responds to the common claim of his era that men had become “over-civilized” by offering an alternative: personal exploration on a trail through true wilderness.

A second medieval metaphor sends “The Philosophy of Through Trails” spinning off in an ambitious and rather startling direction. MacKaye spent his whole life trying to save wild places from the encroachment of cities, and I love his justification for the Appalachian Trail—one of the oddest uses of medievalism (or, perhaps, Late Antiquity-ism) I’ve ever seen:

And now I come straight to the point of the philosophy of through trails. It is to organize a Barbarian invasion. It is a counter movement to the Metropolitan invasion. Who are these modern Barbarians? Why, we are—the members of the New England Trail Conference. As the Civilizees are working outward from the urban centers we Barbarians must be working downward from the mountain tops. The backbone of our strategy (in the populous eastern United States) lies on the crestline of the Appalachian Range, the hinterland of the modern “Romes” along the Atlantic coast. This crestline should be captured—and no time lost about it.

The Appalachian Range should be placed in public hands and become the site for a Barbarian Utopia.

The metaphor continues: For MacKaye, cabins and trails are “but a line of forts” that require a fighting force of hikers: “we must mobilize our real (if diminutive) Magellans—our pioneers of a new exploration.” I suppose he sees no contradiction in federal bureaucracies claiming and preserving land in defiance of civilization, but such was MacKaye’s mind: a whirlwind of quirky notions all swirling around one transcendent goal: restoring a balance between the natural and the artificial in American life. “It is a quest for harmony,” he wrote,

for what is pleasing and not ‘vile’ in that outward world which is our common mind. This philosophy—or culture—is, to my mind, the raison d’etre of the through trail and its ramifications. It is “the why” of the Appalachian Trail, which—let us hope—may some day form the base for the strategy of a “Barbarian invasion,” and for the development of a Barbarian Utopia. 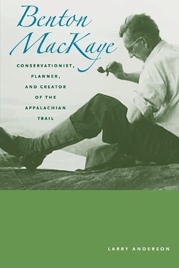 As a regional planner who worked for the U.S. Forest Service and the Tennessee Valley Authority, MacKaye generated reports that must have read like prose poems to his more practical colleagues. He once argued that hikers, as a small subset of the population, were entitled to mountains of their own in the name of protecting minority rights. During World War II, in a telling example of an expert unable to see beyond his specialty, he advocated that the United States organize its national defense strategy around watersheds. But despite his knack for cryptic pronouncements, MacKaye was always clear about his radical vision.

“[W]e must widen the access to the sources of life,” he wrote in 1946 after co-founding the Wilderness Society, insisting that his democratic goal was “not to grab off earldoms for some but to open up kingdoms for all.” There’s that medieval dream again: Utopian, in that it’s found literally nowhere, but always attainable, as long as you see it’s not someplace to be, but is something you are. 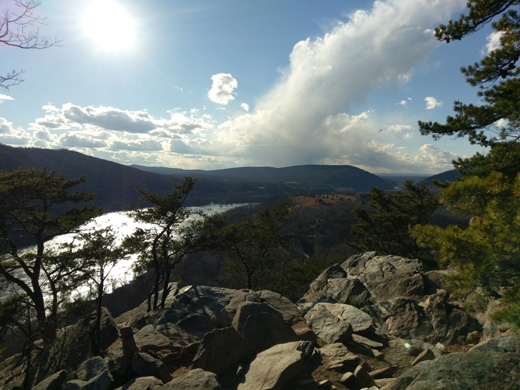