Silly and serious, profane and sacred, the gargoyles at the National Cathedral have become tourist attractions all their own. You can buy a book about them, the cathedral offers special tours, and I hear some strange neighbor is even writing gargoyle-themed poems.

They’re not, however, the only gargoyles and grotesques in town, or even on the cathedral grounds. Turn northeast and stroll a few steps and you’ll bump into Cathedral College (formerly the College of Preachers), dedicated in 1928 just as American neo-Gothic church building was waning and collegiate Gothic was on the rise. 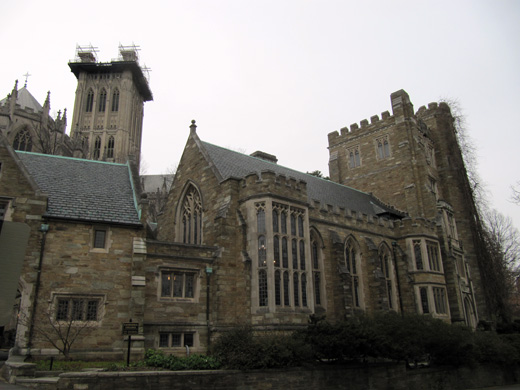 Mostly Anglophilic neo-Gothic with Tudor-ish outbuildings and annexes, Cathedral College closed for budgetary reasons in 2009, but gray winter is a fine time to peep through leafless vines and trees… 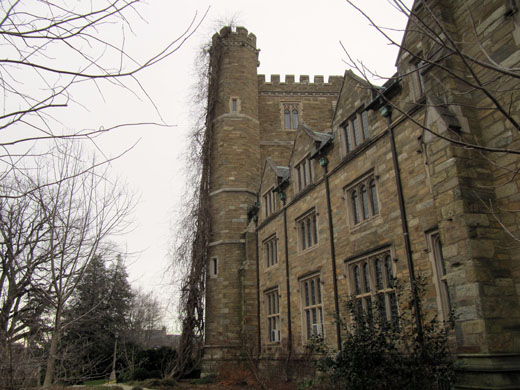 …to see the grotesques on the large corner tower. 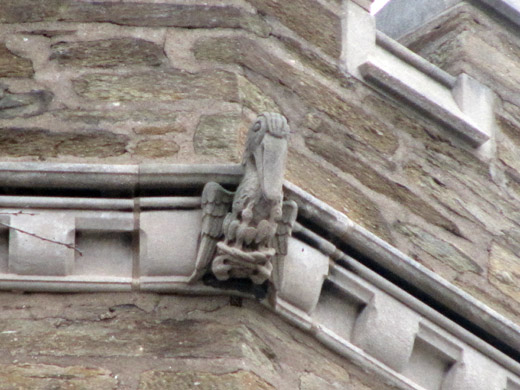 First up: a pelican feeding her young with the blood of her breast, a medieval Christian symbol of self-sacrifice that’s hardly unknown in the American South. 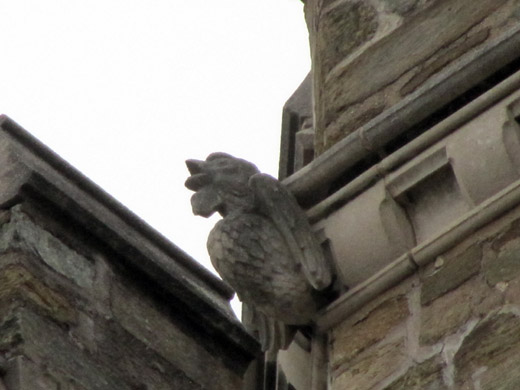 Harder to see: a rooster, medieval symbol of (among other things) vigilance. 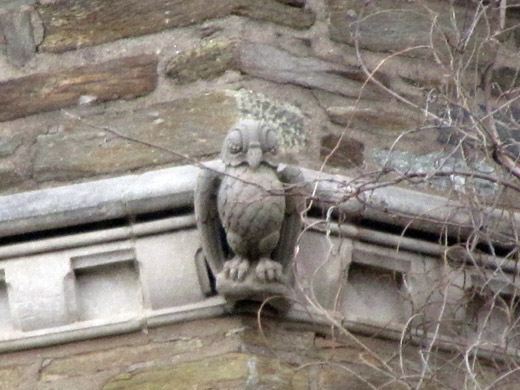 This owl’s shut eyes may suggest modesty, or sinners refusing to see and do the good, or, not inconceivably, Jews rejecting Christianity. 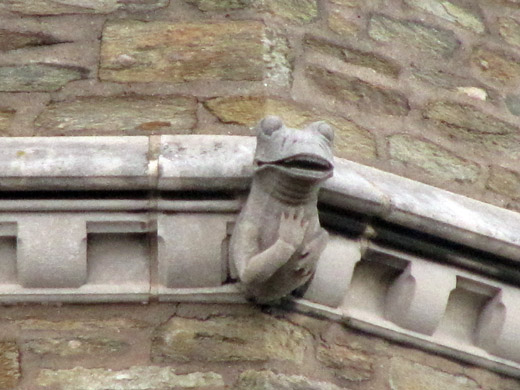 Everyone knows that in the Middle Ages, anthropomorphized frogs gesturing sincerely symbolized…um… 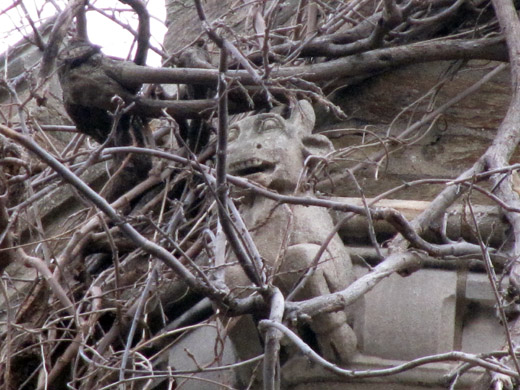 Exposed only in winter, this embrambled goat-devil is suitably eerie.

The College of Preachers was built by Frohman, Robb, and Little, one of several firms that made America look a little more medieval: Philip Frohman designed more than 50 American churches, and FR&L gave Trinity College Chapel in Hartford its neo-Gothic air. Frohman himself is best known for stepping in to re-design the National Cathedral in 1919. To a large extent, the building is “his”; he reportedly still climbed the scaffolding to oversee construction until his retirement in 1971. (Like many Episcopalian medievalists of his generation, Frohman was drawn to Catholicism; unlike most, he eventually converted.)

If Frohman, his partners, and their stonemasons intended the grotesques on Cathedral College to tell an obvious story, then I’m missing their meaning—beyond, perhaps, “please decorate the tower drainage system.”

“Ne can Ich eu namore telle. / Her nis namore of þis spelle”—but I’m open to generous and creative interpretations, even wild ones, of this medieval-ish menagerie that countless Washingtonians stomp past every day without ever stopping to see. 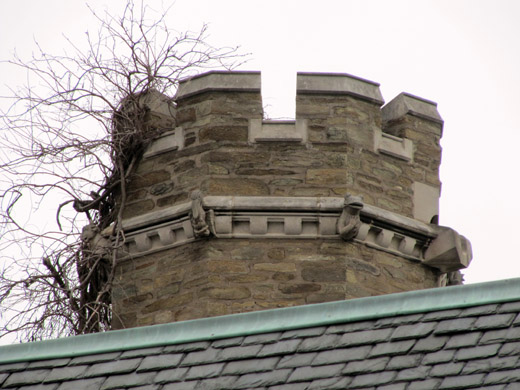 3 thoughts on ““Throw the world off your shoulders tonight, Mr. Smith…””