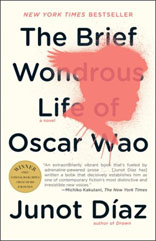 Life was funny, growing up around characters but not inside a story. I’m not complaining; it was simply true that stories happened in New York or in California, on the shores of Earthsea or the plains of Krull, but never in central New Jersey. We didn’t have major radio or TV stations, so the news showed us Brooklyn and the movies showed us suburban Chicago, and I think we knew the wider world better than our own. Later, expat filmmakers flirted with caricature or danced around the edges of the odd, and sometimes a novelist knew the state well, but most wrote New Jerseys that didn’t ring true.

I mean, I didn’t find it strange that we rode sleds into traffic, that my friends stole software from Finland, that our principal hijacked a bus so fourth-graders could see Ronald Reagan, that escaped mental patients slept on our lawn, that we buried our dead in coffins stuffed with beer cans, that the girl next door walked a rabbit on a leash, that my uncle kept sheep in his suburban backyard (and wrapped the old ewe’s legs in duct tape to keep her from falling over)—but I knew these lives weren’t fit for proper fiction.

Then along came The Brief Wondrous Life of Oscar Wao, the story of a Dominican-American misfit who’s too obsessed with science fiction and fantasy to realize he’s living in a magical-realist novel. Readers love the geeky obsessions of Oscar de León, and Junot Díaz’s take on Dominican history is vital to his story, but I was drawn to the book by something else: Díaz went to Rutgers and Kean, and Oscar Wao is very Central Jersey.

At first I thought he’d whiffed it. Díaz names New Brunswick streets but barely shows or describes them. He mentions Amboy Cinemas, but the adventure of seeing movies there is a tale he doesn’t tell. He knows the late-’80s “nerd circuit” at Woodbridge Center (comic shop, gaming shop, Waldenbooks), but he won’t stop to linger and make the place real.

Then a landmark looms from the pages:

What he did was this: drank a third bottle of Cisco and then walked unsteadily down to the New Brunswick train station. With its crumbling facade and a long curve of track that shoots high over the Raritan. Even in the middle of the night, doesn’t take much to get into the station or to walk out onto the tracks, which is exactly what he did. Stumbled out toward the river, toward Route 18. New Brunswick falling away beneath him until he was seventy-seven feet in the air. Seventy-seven feet precisely. From what he would later recall, he stood on that bridge for a good long time. Watching the streaking lights of the traffic below. Reviewing his miserable life. Wishing he’d been born in a different body. Regretting all the books he would never write. Maybe trying to get himself to reconsider. And then the 4:12 express to Washington blew in the distance. By then he was barely able to stand. Closed his eyes (or maybe he didn’t) and when he opened them there was something straight out of Ursula Le Guin standing by his side…

I’ve been to the top of that train bridge—not for the same reason as Oscar, but compelled, as he was, by something other than reason. How did no one notice a teenage, microscopic me scaling a scrubby slope along a highway? For years I was sure I was all on my own—but then I learned that in the 1930s, the cops caught my grandfather trying to cut an hour off his commute by using that same viaduct as his personal footbridge. That was a very Junot Díaz discovery: places run in families.

It’s not a bad bridge to have climbed at least once. Glance down, and you will get dizzy; a train flies past and blows you to the edge, and you wince through a hideous gust. But when calm settles in and the tracks are all clear, there are weird sights to see up there, stories to spot, if you just know the right way to look.